The Map of Australia badge is a Scheduled Ancient Monument  and therefore protected by law.  It was cut by Australian soldiers, belonging to the Australian Imperial Force, in early 1917.  The badge features the outline of Australia and Tasmania, with the legend “AUSTRALIA” cut through the middle.  The outline of the Map measures approximately 150 feet across and the lettering is 18 feet tall, so took some effort to make!  References in letters and diaries refer to its creation as more of a punishment than a pleasure, but we have also found evidence that once created, it was often looked at longingly by men, perhaps when thinking of home.  Chalk badges were cut at the nearby military camp at Fovant, and also at camps on the Salisbury Plain (Codford and Bulford) so it is probable that the Hurdcott Camp soldiers wanted to add their own badge to rival those.

The Map of Australia was constructed by excavating a series of shallow bedding trenches into which clean chalk rubble was inserted and compressed into place. It is believed that the work took 17 weeks to complete. 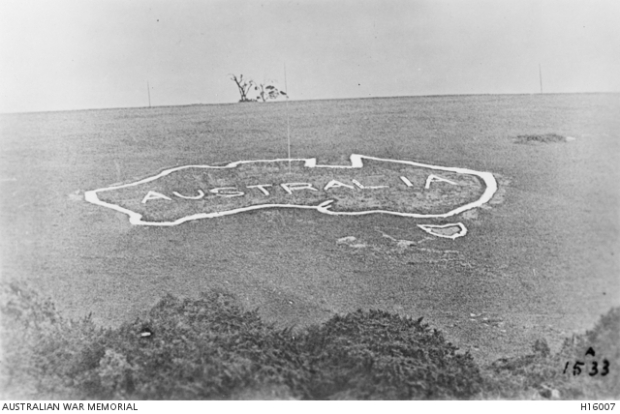