On Wednesday 13th November 2019, we hosted a visit by Major General Rawlins and his staff from the Australian Army.  We showed the Major General the Map of Australia and stood in the fields which had once held around 4,000 Australians in what was Hurdcott Camp.

We were able to show the Major General archive photo’s showing the camp fields during the First World War and except for the lack of huts, the layout of all the fields is still the same today as it was over 100 years ago.

Major General Rawlins was also able to visit the Commonwealth War Graves Commission cemetery in Compton Chamberlayne where 28 Australian soldiers are buried and lay a wreath.   We then moved to the village hall which is an old WW1 camp hut where we had morning tea.  The Australian Army personnel were able to chat to Map of Australia volunteers and read all about the history of Hurdcott Camp and the Australians in this little corner of Wiltshire. 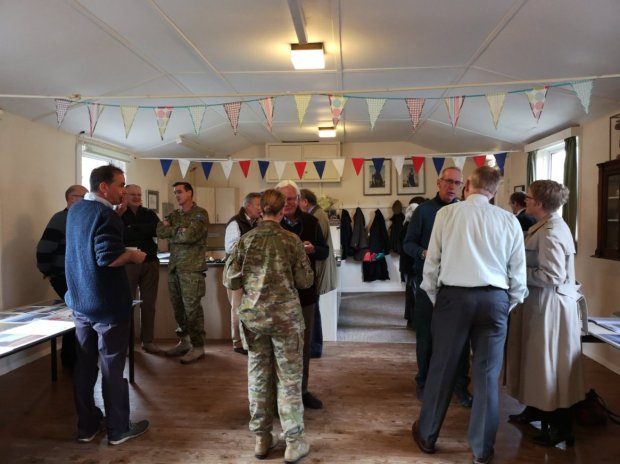 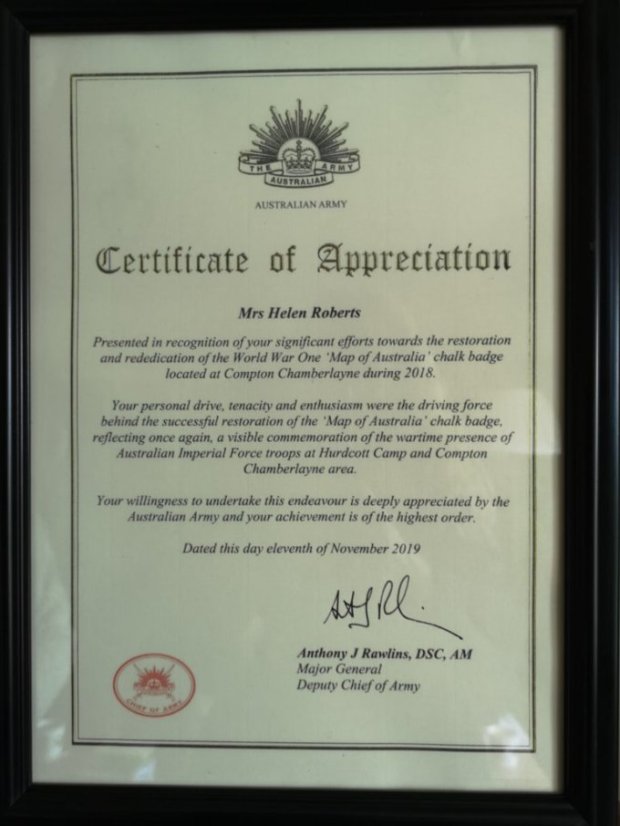